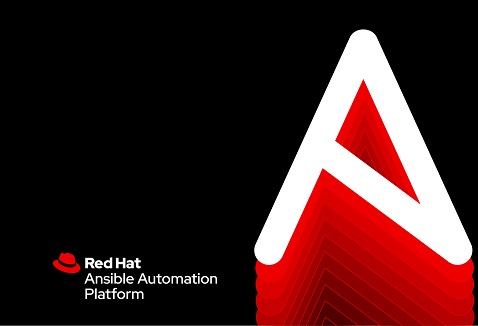 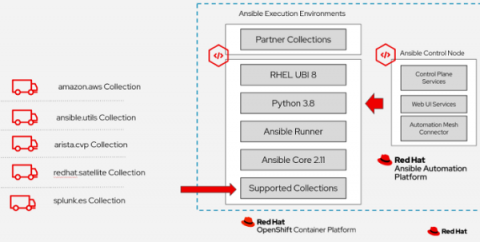 Why does testing matter?

As a  technology partner, you probably already currently develop and maintain, or are in the process of developing a certified Ansible content Collection for your solution or product. With the new early access release of Ansible Automation Platform 2.0, we have introduced new tools that will help automation content developers focus more on creating actual automation instead of the tedious but important platform operational environments.

This also means that as a certified Red Hat technology partner, additional testing policies and procedures ensure that your content Collections work as expected with the new tooling, to provide an expected user experience of your Collections with Ansible Automation Platform.

What is an execution environment? 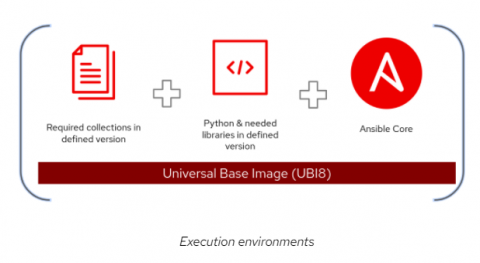 Having consistent, reliable automation is key to a successful IT strategy. One Red Hat Ansible Automation Platform customer had their internal administration team having to maintain over 40 different Python virtual environments across many different teams. Some used different versions of Ansible, some required different automation content (and dependencies) for their specific devices, and some started building their own environments for testing.

With no platform tools for supporting and maintaining these specific python virtual environments, custom environments continue to proliferate, drift happens between development and production, and the cost and complexity of automation increases. Furthermore, this burden is on the platform administrator to keep track of all while ensuring the automation platform is operational.

This provides a standardized way to define, build and distribute the environments that the automation runs in. In a nutshell, automation execution environments are packaged as container images that allow for easier administration of Ansible between the Ansible developer and the Ansible platform administrator.

** Note: Your collection dependencies will be automatically pulled as part of the build process if the requirements.txt and bindep.txt files (if required) are filled in your published collection on Automation Hub.

If you are using the supplied ansible-builder RPM with Ansible Automation Platform 2.0 early access release, you don’t need to specify the base and builder images as mentioned in the following example.

**NOTE** The project installed via pip can be replaced with Ansible Automation Platform 2.0 which is now available to customers and partners via early access on the Red Hat Customer Portal. Also, please check the automation content navigator documentation.

Once you clone the repo locally, the demo will explain how to change it to run a playbook that uses modules from your Collections from inside the execution environment you've created.

If you check the repo structure, at the top level you can find the configuration file ansible-navigator.yml is found at the top level. This file is used as a configuration file for ansible-navigator and you can use it to point to the execution environment with your Collection, created in earlier steps. You can also find out more about the settings precedence if applicable.

Once that is done, please run the below command to see if your collection shows up in the list of Collections discovered by ansible-navigator.

The output should be similar to this example output:

The above output means that you can now run your playbooks (that use modules/plugins/roles from your Collections) using ansible-navigator. To run a playbook please run the following command:

Note: The default container runtime is podman inside the ansible-navigator settings.

Once you have completed the above steps without any issues, you can feel confident that your collection will be ready and prepared to run with Ansible Automation Platform 2.0

With the release of Red Hat Ansible Automation Platform 2 certification policy for the content Collections has changed to testing against Ansible Core 2.11, which is the included Ansible Core version in minimal and supported execution environments. Please test your Collection with execution environments with the process explained above to make sure it can be certified with the new version of Red Hat Ansible Automation Platform.

Once you have tested your content Collections with Ansible Core 2.11 our recommendation is to update all the relative documentation as well as using the README files to explicitly state what versions of Ansible Core you support following the format. Refer to the following:

This collection has been tested against the following Ansible versions: >=2.9, 2.11.

Automation Hub has a feature planned to use the UI to state which versions the collection is certified against (see the lead up to that feature below). Until then, the documentation will be the main venue for customers to understand for which version your content is currently certified.

As always, if you have any questions or issues with certifying, please don’t hesitate to reach out to us at ansiblepartners@redhat.com.